The eyes of the Commonwealth will be on Mareeba on 14 March 2018 as the Baton journeys towards its final destination, the Gold Coast 2018 Commonwealth Games (GC2018) Opening Ceremony on 4 April 2018.

Across Australia approximately 3,800 batonbearers are needed to share the dream of the ‘friendly Games’ as part of the QBR.

A community nomination program, which opens today, will offer the people of Mareeba and the surrounding region with an opportunity to carry the Baton.

Batonbearers are people of all abilities who inspire others to be great. Batonbearers will represent a community with pride and showcase to the world the region’s diversity.

Setting off in Australia on 25 December 2017, the Baton will travel for 100 days to connect with as many people as possible in every state and territory.

The Queen’s Baton carries a message from Her Majesty The Queen through the entire Commonwealth. The Games are declared officially open when the message is read aloud.

In just eight days the Baton will start its global journey at Buckingham Palace on Commonwealth Day, Monday 13 March. It will travel through every Commonwealth nation and territory on its way to Australia.

From today until 15 May 2017, anyone can nominate a person who inspires them to be great. Nominations can be made at gc2018.com/qbr.

GC2018 are looking for people who:

Mareeba Shire Mayor said the Queen’s Baton Relay is a rare opportunity to shine a light on the people and places that help make our community truly great.  “We’re delighted to be a part of an event that will take Mareeba to the world and I encourage you to nominate a local legend you think deserves to be a Batonbearer, whether they’re an aspiring young person or someone who is already accomplished,” Cr Gilmore said.

“It’s a tradition that celebrates community pride and that shows us how important a role sport plays to build our great community, which is why we’ve chosen to embrace the Baton’s visit wholeheartedly. And it means Mareeba Shire will play an important part in the largest multi-sport event to be staged in Australia in a decade. 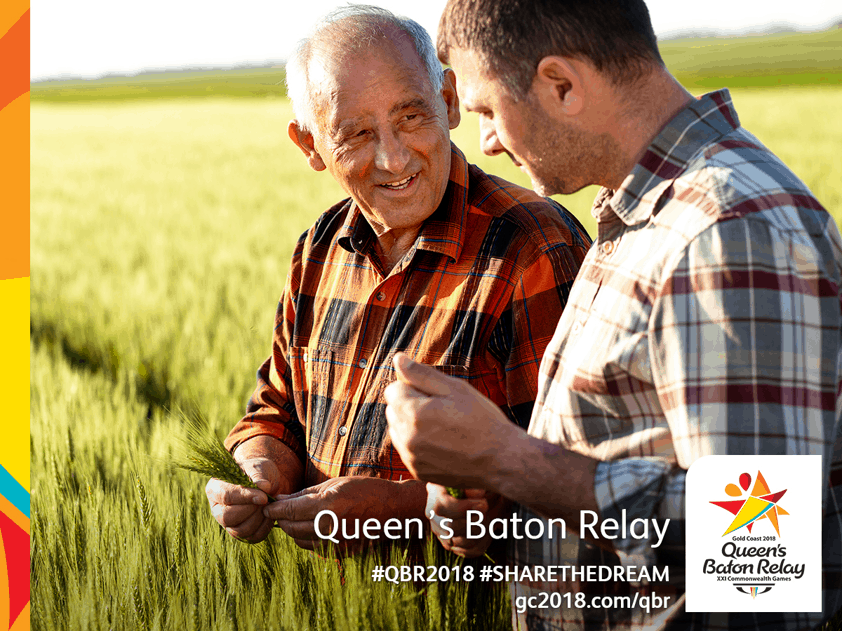