At the October monthly meeting, Council adopted the Mareeba Shire Community Biosecurity Plan (2020-2025) to unite community efforts to manage invasive plants and animals within the Shire.

Mayor Angela Toppin said amendments had been made to the plan following the community consultation process. “Council received positive responses regarding the plan and I thank those who took the time to provide constructive feedback,” Cr Toppin said.

While Amazon Frogbit is not a declared invasive plant an action plan developed by FNQROC with assistance from Council has been added to the Biosecurity Plan.

Mayor Toppin said the Amazon Frogbit has been a concern of Council and the community for some time and Council has previously called on the State and Federal Governments for assistance.

“We have previously written to various State and Federal Ministers and departments to declare Frogbit as an invasive plant,” Cr Toppin said.

“We need a collaborative approach to manage Frogbit effectively.

“By including the regional action plan in our Biosecurity Plan recognises the devastating effect the plant is having on our waterways and environment,” she said.

The plan identifies areas of pest management responsibilities for individuals, agencies and organisations while providing landholders with strategic direction and mechanisms to assist in setting priorities for pest plant and animal management.

“We all have a responsibility when it comes to biosecurity,” Cr Toppin said.

The plan will replace the existing Mareeba Shire Local Area Pest Management Plan which expires in November 2020 and reflects significant legislative changes regarding the management of invasive plants and animals which have occurred. 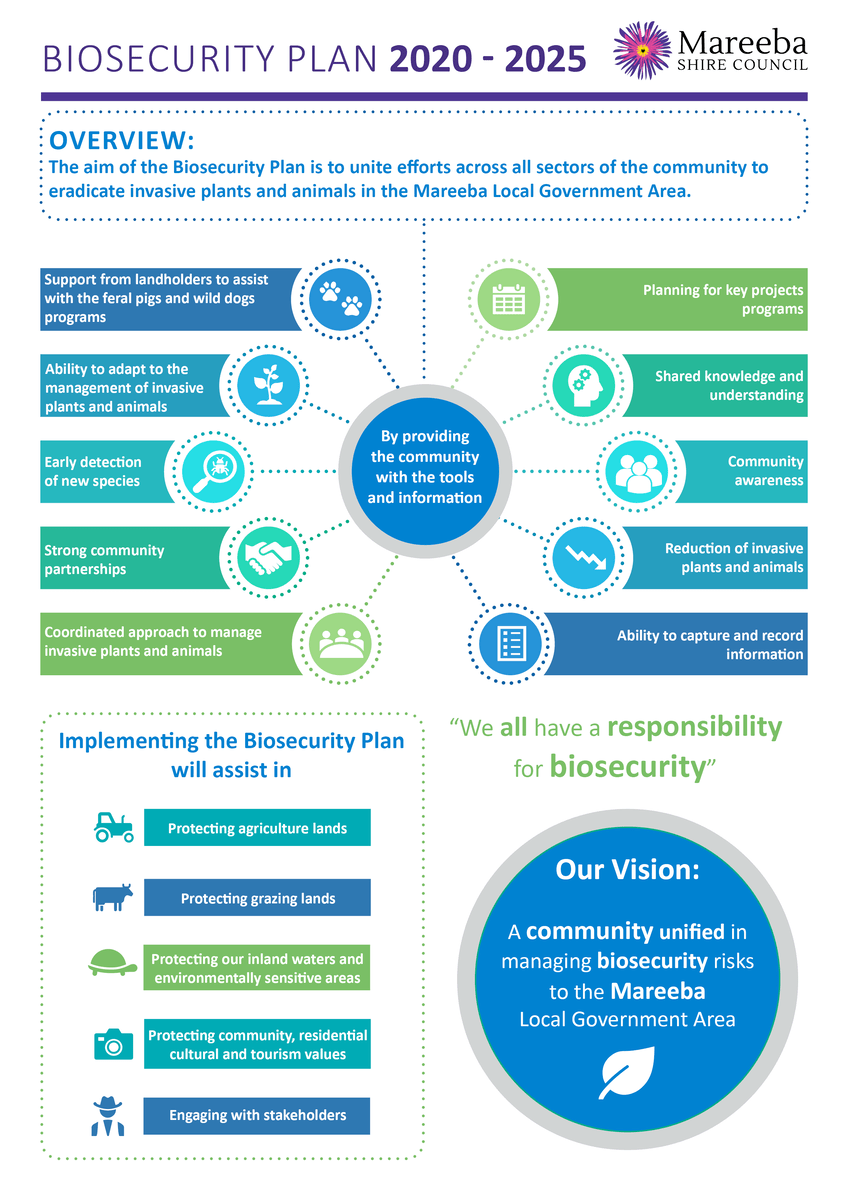