By Lindie BoonzaaierAugust 17, 2022No Comments 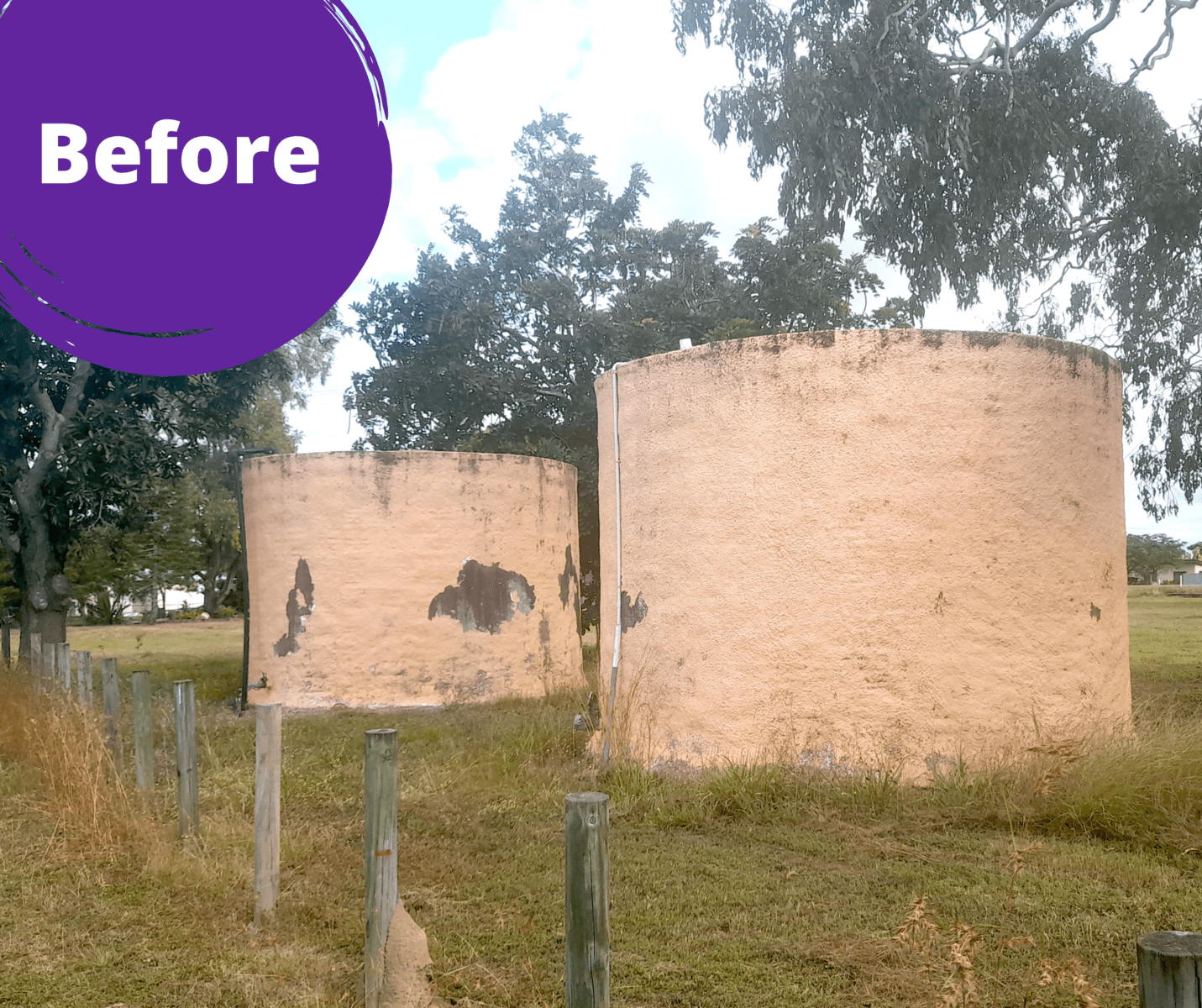 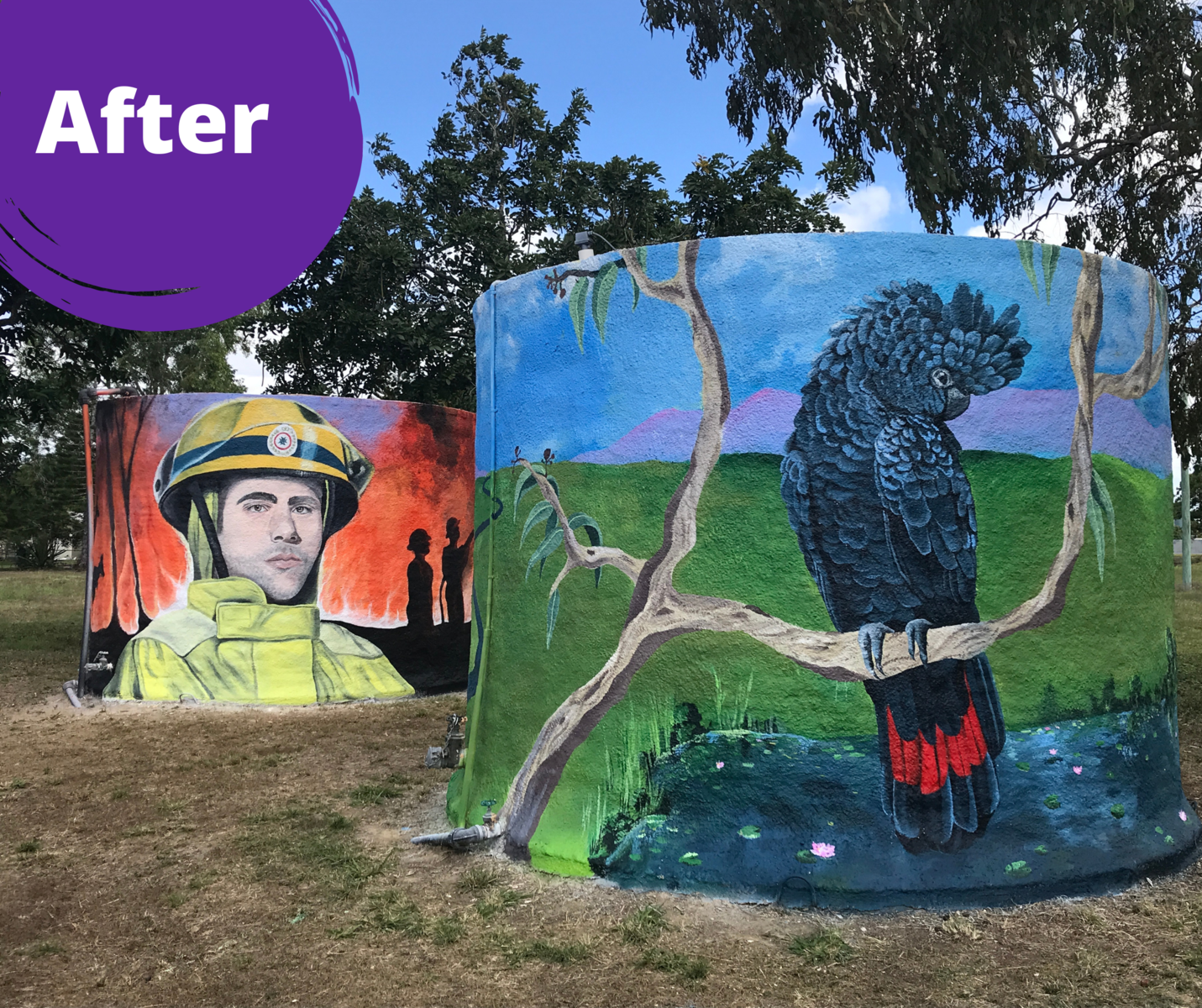 The Mareeba Shire Council’s Public Mural Action Plan will guide the creation of public art throughout the Shire over the next four years by delivering eleven mural projects.

The first project is a vibrant mural that has been created by artist Sara Dragotto on the Biboohra Water Tanks.  “Earth and Fire” is the title of the mural which depicts the seasonal contrasts and provides a reminder about the risks of bushfire in our dry season.

“One tank depicts the thriving tropical savannah nature and wildlife, whist the other tank shows a wildfire scene with deep reds and yellow. The design responds to the fire-fighting purpose of the tanks illustrating the bravery of our rural fire fighters,” Sara Dragotto said.

Mareeba Shire Council engaged with the local Queensland Fire and Emergency Services (QFES) office for input into the design and aspects of the murals.

“Council would like to thank QFES for their input and the Biboohra State School for their support. The school provided storage space, water access and other amenities for the mural artist.   This support significantly contributed to the success of the project,” Mayor Angela Toppin said.

The mural is grant funded through the Regional Arts Development Fund (RADF) which is a partnership between the Queensland Government and Mareeba Shire Council to support local arts and culture in regional Queensland.

“Council continues to plan for further murals throughout the Shire to be delivered as part of the Public Mural Action Plan, which will see a total of 11 murals created over the next three years.”

“2023 will bring to light three new public mural projects in Kuranda, Mareeba and Mount Molloy. Followed by three murals per year, distributed across the Shire, in 2024 and 2025.”

“A Public Art Trail will be developed and promoted in 2025 that guides visitors to public artworks throughout the Shire. By this stage it is envisioned that there will be over 30 public murals, including existing artworks and those to be delivered through the Action Plan.”

“I am delighted that Council has endorsed the Public Mural Action Plan. The artwork will brighten up our Shire and will be a drawcard for visitors for years to come,” Mayor Angela Toppin concluded.